Skip to content
Previous Next
Remembering Marion and Ronnie Balch

With Love, from Patty

So, it’s been a couple of weeks of hanging by our collective thumbnails, for the family and friends of both Marion Balch and Ronnie Balch. Both have suffered in their own way far too long, and finally there is peace as the pain and heartache of the journey and watching it has eased.

My memories of both are distinct and tangled. As kids, Ronnie was a brother-in-law with a personality and voice of great proportions. We spent hours at the Skiway, and although he was busy with his important job of making sure the trails and lifts were in good shape, he kept track of where we were and how we were doing. He and Barb would get us home, or to their house. His booming voice was gifted to him for a good reason. There was never a question of where he was or what he was saying!

Through a series of most unpleasant and devastating events he found himself housing two additional relatives, adding to the already full house of four kids, the constant visitors, and menagerie of animals. He and Barbara inherited a 15-year-old teen-aged sister and a crotchety grandmother. It was above and beyond, and they did it. And it was hard, and they opened their home regardless. I wonder if he ever knew he was appreciated for his support?

While Andrea and Nana relocated to the Balch manor, I moved to the wilds of Lyme Center up the road from them. Traveling up the big curvy hill to get home was often a challenge. On one occasion, I didn’t quite make it to the top, fighting a slimy, icy snow in my useless Plymouth Duster. He came to the rescue and literally pushed the car (let me clarify, by hand) to get away from the guard rails, back into the road and enough up the road, so I could get traction enough to go. And go I did. An occasion never forgotten. Not too long after that he had his first heart attack.

Marion was also a presence in our life. Self appointed “Grammie” to many, she adopted Andrea and me, and then my girls (Andrea had grown up and ventured off to get rich and famous).  … She sewed, cooked, babysat, nursed and generally attended to all. An important memory is Marion moving herself into our home to help tend to dad when he was dying. Resting at night on mattresses on the floor to be near him, we all camped out. But it was Marion that dealt with the harsher realities encountered at times like that. Never one to mince words, you could count on knowing exactly how she felt and how best to make her happy. She had sparkling blue eyes that Ronnie must have inherited, and spent hours creating beautiful sweaters and quilts and who knows what else. And hand that woman a baby, and she was in heaven for hours. Barbara and I both thanked God Marion was close by when Kathy was a baby and toddler. Because that kid was hell on toddling feet, and only Marion had the touch to level her out! Worked out fine….she turned out to be a beautiful, loving woman.

Little stories about major people. They both touched, enriched and sustained the lives of many. They were forces to be reckoned with and they were good people, opening their homes and their hearts as needed.

To Barbara, Mike, Doug and Sherman, Kevin and Michelle, and Kathy and Ray, I send my sincerest sympathy and admiration. Your efforts to respect and enable the ending Ronnie wanted is an inspiration. And to Bruce and all the nieces and nephews and grandchildren, cousins, and good friends who will miss these unique souls, my sympathy to you.

With much love to you all,

Obituaries for Marion and Ronnie Balch appeared in the Valley News on July 6th. Click the links below to readh them online.

Those who may wish to honor the memory of Marion or Ronnie may donate to the Memorial Field in Memory of John F. Balch at Chase Field in Lyme, in care of Patty Jenks, PO Box 342 Lyme, NH 03768. 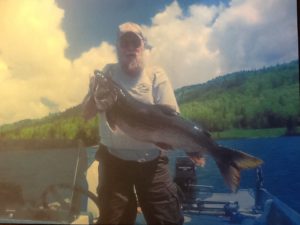 Ronnie Balch and a fine catch 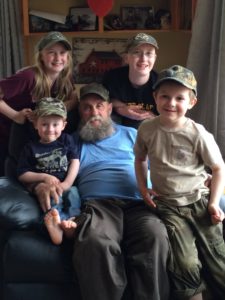 “Bumpa” and his loving crew 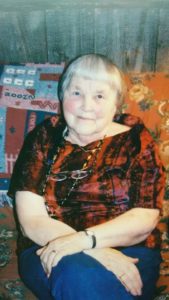